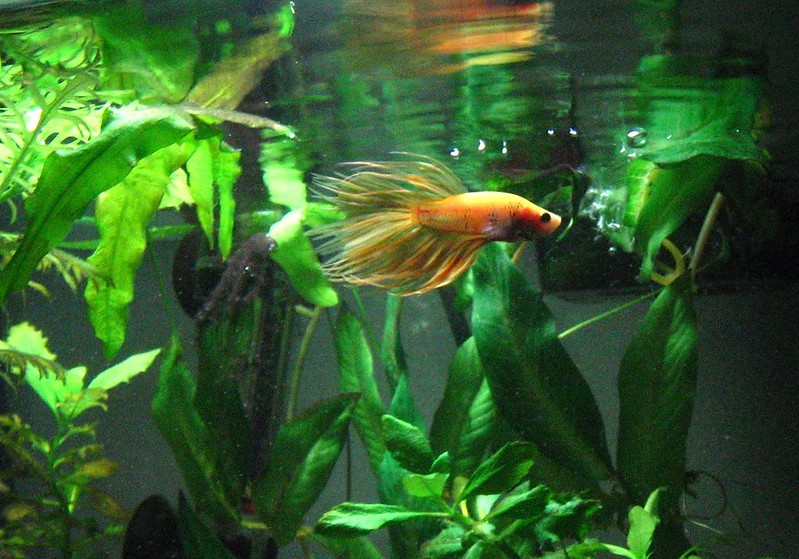 Betta fish are not only some of the most popular and, of course, most beautiful pets in the world (at least when it comes to fish pets), but also the genus with one of the widest selections of species and types.

How Many Different Betta Fish Species Are There?

This large genus of fairly small, usually intensely colored, freshwater fish is called Betta. All “Bettas” belong to the gourami family (Lat. Osphronemidae) but this specific genus contains at minimum 73 recognized species. However, only the most beautiful are popular as pets. The interesting part is that the most beautiful of them have been developed through a long process of selective cross-breeding, while those that live in the wild are far less colorful and attractive. 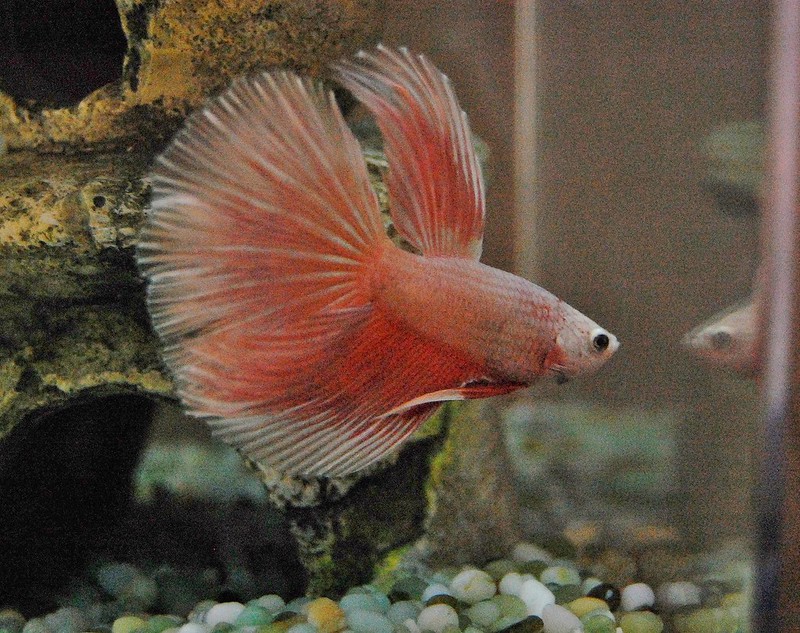 If you have heard about Betta fish, you have probably heard about Betta Splendens and Siamese Fighting Fish. In many articles, you will read that these are other names for betta fish but this is actually not true – Betta Splendens is just one of 73 betta species and it happens to be the most common and the most popular among the owners of Betta pets. This species is also the least endangered because it is artificially bred. Some other species, on the other hand, such as Betta Livida, Betta Miniopinna, Betta Persephone, or Betta Spilotogena are categorized as critically endangered, while Betta Tomi is classified as vulnerable.

When you see them or photos, the first thing that crosses your mind is that these fish are so different. It sometimes seems that their only common characteristics are their small size (from 1 to 5.5 inches) and their feisty character. This is not the entire truth, but it is a fact that there are so many different types of Betta fish. It is also a fact that they are usually classified by the shape of their tale as well as their color, patterns, way of spawning, etc.

In this article, we will try to discuss the most interesting and attractive betta fish and list their most important characteristics to help you choose your perfect pet.

Classification by the Way of Spawning

Betta fish spawn in two ways – by building bubble nests and through mouthbrooding.

Building bubble nests is the most common way of spawning when it comes to Bettas, especially Betta Splendens. They usually build their foam-shaped nests on the water surface, or, sometimes, underneath some floating debris or some leaves and place their eggs in the bubbles. They are built to protect eggs from dirt and lack of oxygen, providing them enough moist, and they are guarded by male Bettas.

Mouthbrooding has, according to some scientists, evolved from building bubble nests to adapt to their fast streamy habitats. They tend to fight less than the first type because they do not have to defend their territory as much.

Classification by the Shape of Tail

This is one of the most common ways of Betta fish classification. It doesn’t surprise us having in mind that tail is actually one of their most appealing characteristics and one of the first things we notice about Betta fish. Large, short, spiky, majestic – there are hundreds of tail types, shapes, and sizes, as well as the Betta fish types. Here are some of the most amazing ones:

Veiltail Bettas are very common, widely available and one of the easiest Bettas to breed. You can recognize them easily by their remarkable swooping tails that flow downwards.

Halfmoon Bettas have a large tail shaped like a half-moon. They were first bred in the 1980s, they can’t be found in the wild and can be rather aggressive.

Crowntail Bettas are among the most popular Betta pets. They were first bred 25 years ago in Indonesia. Their tail is long, spiky, and it looks like a crown – quite breathtaking we would say. Crowntail Bettas can be mistaken for Combtail Bettas because they have similar tails. You can make a distinction between these two by comparing their webbings – Combtail Bettas’ webbing is longer than two-thirds of the total length.

Double Tail Bettas have two separate caudal fins that form the tail but don’t have to be of the same size. They have a short body and very large dorsal fins, which is the characteristic that can be found in almost any Betta type.

Spade Tail Bettas have interesting pointy tails that resemble a deck of cards and make these fish look quite unusual.

Half-Sun Bettas were bred by combining Half-Moons and Crowntails. They have fabulous tails and fins that go over 180 degrees around their body.

Note: The listed characteristics are usually related to the males as they usually have more intense colors, longer fins, and longer tails, while females are generally lighter, have shorter tails, and are much more difficult to recognize.

This way of categorization is based on the color distribution on the fish body and fins that form different patterns.

Butterfly Bettas are highly distinctive because the dominant color extends to the middle of their tail and fins where it’s being replaced by a different, usually lighter color.

Marble Bettas can be recognized by their unusual color combination and patterns, usually a combination of one very intense and another pale color. Their distribution is irregular.

You have probably realized by now that Bettas come in almost any color and color combination you can imagine. If their color is uniform, they can be categorized as black, blue, pink, green red, white, etc. We are personally thrilled with black and white ones, especially the type called black orchid.

However, all of these categories can have subcategories. For example, if you want a blue Betta, you get to choose between steel blue or royal blue. If you opt for black ones, you can get Metallic, Melano, Black Lace, etc.

Red is the most dominant Betta color and it seems that it is the one that females prefer when it comes to choosing partners.

Purple and green Bettas are very rare and quite difficult to find.

As always, there are some Bettas that make exceptions from the above-mentioned classifications. They don’t have enough similarities to other Bettas so their type is determined based on some other characteristic such as their character or fin shape. Here are some of the most interesting exceptions:

Plakat Bettas have shorter and more rounded tails than most Bettas. However, unlike their tails, their colors will not disappoint you. The literal translation of their name is ‘biting fish’ and they can be found in the wild quite often.

Dumbo/Elephant Ear Bettas can be distinguished by their pectoral fins. We don’t say that their tail isn’t amazing or that their colors aren’t fabulous, but their fins are very noticeable because they can’t be found in other types of Bettas, they look like elephant ears and can be rather funny.

Albino Bettas can be spotted immediately due to their complete lack of pigmentation. They are so colorless that they can sometimes seem transparent, especially their tail and fins, while their organs and muscles can faintly be visible through the scales. They are extremely rare but if they do appear in the wild, it is almost impossible for them to survive because the UV light can cause blindness and even cancer.