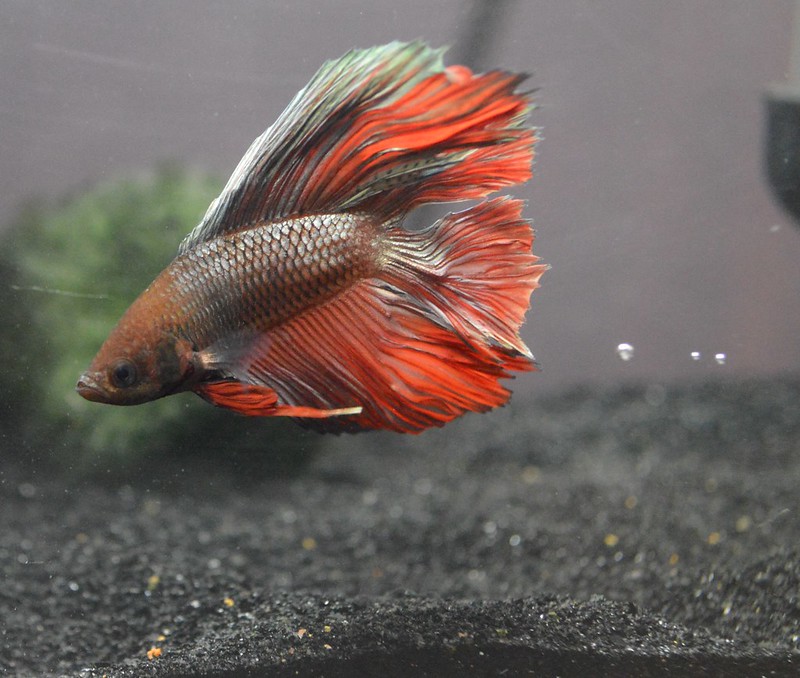 Signs Of Tuberculosis In Betta Fish

Tuberculosis is a contagious disease, unfortunately, it is well known to people. Throughout history, many people have died from tuberculosis, and although there is a vaccine – it is not perfect and there is constant work on improvement.

It is caused by strains of mycobacteria and although treatment is possible and most successful today – tuberculosis is still one of the most serious infectious diseases.

Most people do not know this, but some species of fish that we keep as pets – can get tuberculosis. One of them is the Betta fish. If you are wondering if a Betta fish that has tuberculosis can infect a human – the answer is yes, it can.

However, fish tuberculosis is not caused by the same strain of bacteria as in humans, and the symptoms are generally mild. Sores on the skin and unpleasant itching that is treated with appropriate creams. Tuberculosis in fish is also called fish keepers disease, and although it is not so common in Betta fish, it is deadly.

How Does Tuberculosis Manifest In Betta Fish?

The cause of tuberculosis in fish is Mycobacterium marinum. This bacterium is mostly a regular occupant of the aquarium and that doesn’t mean that Betta fish will always get sick from tuberculosis.

This is why this disease is deadly to Betta fish; it may be more than six months from infection before Betta begins to show symptoms. However, it is also true that you can never be sure that it is tuberculosis. The symptoms are similar to most dangerous diseases that attack Betta fish.

Sometimes you can also buy Betta fish that is already infected with tuberculosis, without any symptoms.

In some cases, the disease doesn’t manifest itself even six months after the infection. Since the bacteria first attack the internal organs, you will notice when they start to fail. Betta will refuse food, lose color and be overly calm. Due to the failure of the organ, the fish will swell up and its spine will gradually bend and twist. 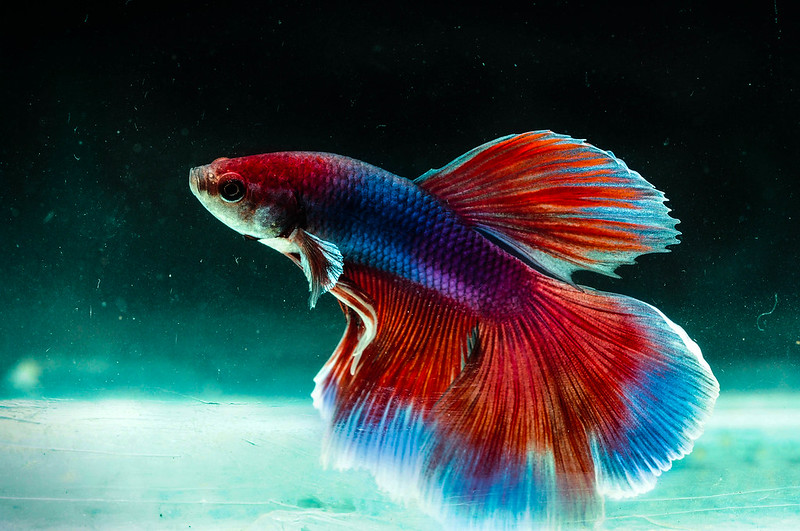 The tuberculosis bacteria spread quickly and Betta decays day by day. They will noticeably lose weight, red and gray spots will appear along the body. Their gills may swell; fins rot, and soon the whole body may rot. Unfortunately, tuberculosis in Betta fish is incurable.

Even when you think that you have noticed the symptoms in time and that you can somehow help your pet and prolong his life – it’s too late.

The appearance of external symptoms of the disease is often a sign that many organs have been irreversibly damaged and that the only thing you can do is to euthanize Betta.

If you keep a Betta in an aquarium with other species or with more Betta – as soon as you suspect tuberculosis, move the infected fish to a quarantine aquarium. Remember that tuberculosis is a contagious disease and is very easily transmitted.

One of the major problems with tuberculosis in Betta fish is diagnosis. The symptoms are almost identical to many other, more harmless diseases and infections that can be treated.

Unfortunately, there is not just one symptom that would be a clear indicator of tuberculosis. You can try to treat Betta fish with standard medicines that are given in case of other diseases or infections, so if it doesn’t react – you can assume that it is tuberculosis.

However, experts in Betta fish diseases recommend that you pay more attention to the following symptoms, which could be unequivocal signs of tuberculosis.

If you notice any symptoms and suspect your Betta fish is sick – immediately transfer it to a quarantine aquarium. The conditions in the quarantine must be ideal because that will make it easier for you to monitor the Betta fish during possible treatment.

Lack Of Movement And Lethargy

Healthy Betta fish are lively and although they often change their mood – you will easily notice when your fish behaves differently than usual.

If you are a careful owner, you have probably already noticed the behavior patterns of your Betta fish. Any prolonged deviation is often a sign that something is wrong.

If the fish doesn’t swim, but floats on the surface, lies on the bottom, hides and refuses food – it is often a sign of alarm.

This is also a symptom of many dangerous diseases that attack Betta fish. Due to swollen or damaged organs that create pressure on the spine – it is completely deformed, so often the body of Betta fish looks twisted like a spiral.

In Betta fish infected with tuberculosis, the spine often twists vertically, especially if the bacteria have also attacked the spine. This way of twisting Betta, can be the only symptom and relatively sure sign that Betta is in the terminal phase of tuberculosis.

Betta is very, very sensitive, and almost every disease is manifested superficially, on the skin. That’s good because that’s the only way we can know something’s wrong. First, the color intensities fade, and otherwise, the bright colors become pale. You can also suspect tuberculosis if Betta has open sores all over her body and a lack of scales. Busty fins, lesions, and a general appearance as if the fish are increasingly deformed.

When the internal organs are affected by the disease, they mostly swell, which causes the surface of the skin and eyes to deform under pressure. Since tuberculosis, once it begins to destroy the organs – doesn’t stop – there is a high chance the swollen and bulging eyes are a sign that Betta has tuberculosis.

How To Help Betta Fish Suffering From Tuberculosis?

To begin with, you must be aware that it is not easy to diagnose tuberculosis in Betta fish and it is quite rare. Even if you manage to diagnose it – you also need to be aware – that there is no help for it. No medicine will completely cure your fish pet; moreover, it will die in a very short time.

This is often caused by the inability to detect tuberculosis early and the absence of any symptoms for up to six months. All this time Betta is suffering, but it can’t tell us. Some ideas giving antibiotics or disinfecting wounds with penicillin could help Betta fish, but that is unlikely and requires a very professional veterinarian.

Some say that adding salt to the aquarium, as well as heating the water, would cure Betta of tuberculosis. Do not do this at all – because a higher temperature is ideally surrounded for the rapid spread of the infection.

If you are sure your Betta is sick with tuberculosis, the only thing you can do is move it in quarantine and consult a specialist to see if you can alleviate suffering with any medicine, or if it is better to euthanize it. In any case, decide on the most humane decision.

What Can Be Done To Prevent Tuberculosis In Betta Fish?

As we have already mentioned, the bacteria that cause tuberculosis can be constantly present in the aquarium, without the Betta fish becoming infected or developing the disease. The infection itself occurs when multiple factors overlap.

If you bought Betta fish from a bad and untested farm, it is quite possible Betta never had a chance to develop a healthy immune system. Such a Betta fish is often already sick when you put it in your aquarium.

It doesn’t have to mean that he will get tuberculosis, but since a large percentage of Betta fish die quickly after the owner brings them home – tuberculosis is a very real cause. So, to prevent tuberculosis and maintain a strong immune system Betta fish pay attention to the following:

The strong immune system of Betta fish is the most important in the prevention of tuberculosis. Fortunately, this disease is not so common. If you are a responsible owner, you will do everything you can to make Betta fish live long and happily.