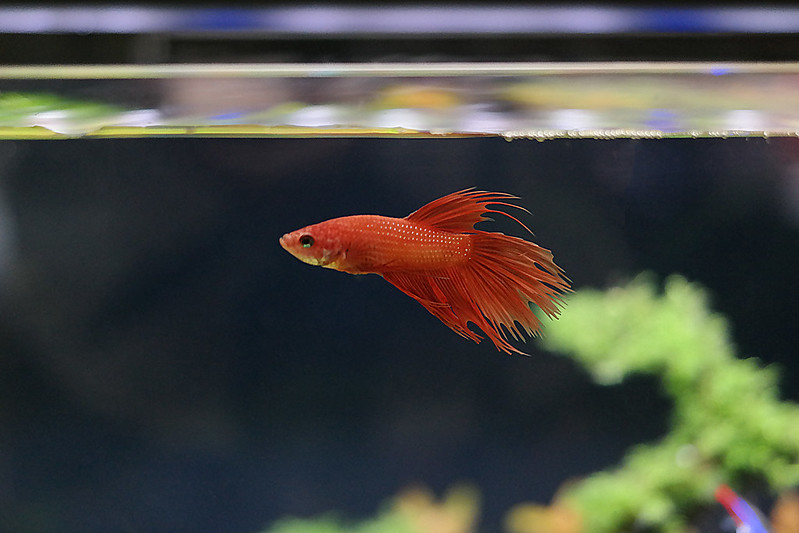 Male And Female Betta Fish In The Same Tank

The love life of Betta fish is quite specific and unusual. However, it can hardly be called a love life, because except for a few days of seduction and mating – the male and female Betta fish cannot be together in the aquarium.

In nature, it is different because they have enough space and water to stay away from each other.

Betta fish, both males, and females – are territorially oriented fish and are very aggressive and selfish towards anyone who disturbs what they consider their own territory.

Males are more aggressive and rarely tolerate other males of their species in the aquarium. It is still possible to try it, but with special precautions and a very large aquarium. Betta males can get along with members of other species, but only with some, who are not aggressive and over whom the Betta male can achieve some form of domination.

On the other hand, several females of Betta fish can live in the same aquarium, because although they are also territorial – they are organized in a kind of fish hierarchy called sorority. Each female has her own part of the territory in the aquarium and if they do not disturb each other, peaceful coexistence is possible.

What To Do If You Still Decide To Keep Male And Female Betta Fish In The Aquarium?

Although it is a big risk to keep two Bettas of the same sex in one aquarium, and especially a male and a female – you can try. Not all Bettes are the same; some are more or less aggressive, but you must know that aggression and intolerance towards other Betta and other fish species is part of their biological instinct.

However, there are tricks and even special aquarium equipment that could help you realize the idea of ​​keeping male and female Betta fish together.

First, you need a large aquarium. At least 15 gallons, if there will be only a male and a female in it. If there will be more fish – for each fish there is an additional 5 gallons. Let us immediately mention that this complicated fish company will surely cost you a lot of time and money.

Experts even recommend that for only one pair of Betta fish (male-female) it would be best to have an aquarium of 40 gallons. This will be the safest way to minimize possible domestic violence. So both fish will have enough of their own territory and enough space to swim without meeting often.

In addition to a large aquarium, they will also need enough decorations and plants, which will help them to neutralize stress, to hide, rest and explore.

Always be careful when choosing plants and decorations for your aquarium. They must be appropriate and without sharp edges. Don’t overdo it, because too many plants could disturb the proper water conditions and block the way for Betta fish. Remember, Betta must go to the surface of the aquarium from time to time to take oxygen. And the decorations must be with soft edges and made of a material that does not release any substances that would pollute the water.

Can Male And Female Bettas Be Kept Together?

How To Introduce Male And Female Betta Fish?

There are several techniques, but the simplest is to use a divider or put one Betta for one or two days in a smaller aquarium. This smaller aquarium must be located right next to the main one. That way Bettas will be noticeable to each other, but they won’t be able to attack.

It’s hard to know if this will work, but if you see that even those who are so separate are interested in each other, they are observed and researched – maybe it works. After one to two days – put the fish you kept in a smaller aquarium in a large one. If Bettas starts fighting right away, take out one fish. 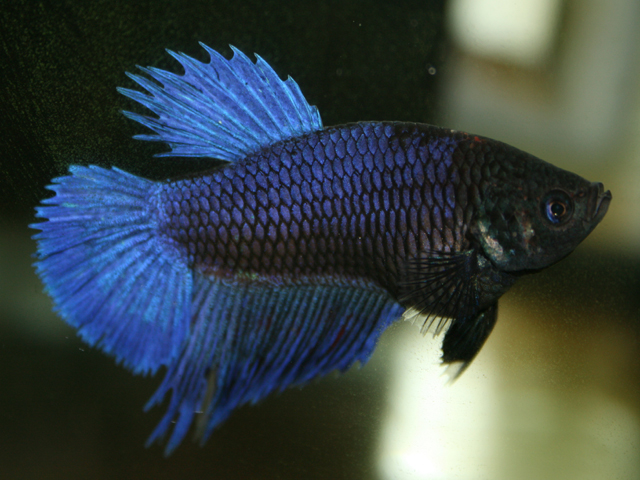 Another solution is to buy the so-called “divider”. It is special equipment, ie. a piece of transparent plastic with smaller holes that leaks water but doesn’t allow the fish to touch and beat. There is no guarantee that two Bettes will ever get used to each other enough to live in the same aquarium without aggressive attacks.

Bettas are a fish species of unpredictable behavior, so you have to monitor the aquarium regularly. If Bettas can’t agree on peaceful coexistence – the only option is a divider. Of course, a large aquarium is implied, as well as the division of the aquarium into two equal parts – where each fish will have enough space, decorations, and plants. This is often the only way to keep male and female Betta fish together.

How aggressive Betta fish are is also shown by the fact that sometimes even a divider is not enough to restrain them from mutual intolerance. It is enough for them to see and experience some kind of stress to trigger Betta fish to attack.

Since they cannot direct their anger at the opponent due to the divider, they could injure themselves by hitting the wall of the aquarium, the divider, or by aggressive swimming. In that case, you will have to buy a darkened divider – where Bette will not be able to see or separate them into two large enough aquariums.

Once the Betta fish females establish sorority and hierarchy – there is mostly peace in the tank. Even if there are other fish species, it is possible to avoid conflicts if the tank is large enough. However, even in such situations, there is no guarantee that the male will not attack any of the females.

Given that they are more aggressive than females and that they are strongly territorial – it is quite possible that he could attack. Whatever mix you make, with Betta fish you always have to be very careful and watch them regularly. Very little is enough for a Betta fish to experience the stress it will try to channel by attacking another fish.

When adding a male Betta to a sorority tank – follow the same procedure as for one male and one female. So, for starters a divider is required. after a day or two remove it and if an attack occurs immediately – take the male out of the tank.

Before you add Betta males to the aquarium where Betta is the female sorority – take them out of the aquarium and make a new arrangement of decorations. It’s not bad either to change more than 20% of the water. This will create mini-chaos and break the establishment of the female hierarchy, so there will be less conflict with the male.

There may still be a fight, but as soon as the sisterhood is reorganized, everything should be fine. Since you can never be 100% sure with Betta fish – always have an extra aquarium ready in which you will be able to move the male if there is a fight. It often happens that the male mates with the more dominant female from the sorority, and those others are jealous and attack.

In any case, the situation can escalate very quickly, so be careful.

Can Two Male Betta Fish Be In The Same Tank?

Short and clear – no. They are too aggressive and even if the tank is huge – there are great chances that there will be a conflict very quickly. Even if you somehow manage to keep them together, you would have to constantly monitor the aquarium.

When you notice that a Betta male is building a bubble nest – you can be sure he is ready to mate. Then the female will not bother him, but on the contrary, will attract him. In addition to building a nest, the color of the Betta male will become more intense and he will proudly spread his fins, showing them to interested females.

When it is time for mating, the presence of the female in the aquarium will speed up the process of building nests out of bubbles. In the wild, it is common for males to fight over a female and she often chooses a stronger one.

When they are in the aquarium, after mating, the female lays eggs, which the male collects and carries to the nest of bubbles. The male is very protective of the offspring and the female after laying eggs – there is no contact with the eggs or maternal instinct.

Moreover, if the egg falls out of the nest – the female can eat it. If that happens and the male notices, it is very likely that he will attack her. That is why it is very important to take the female out of the aquarium immediately after laying the eggs and beat her into another.

Betta Fish And Other Fish Species In The Same Aquarium

Betta males are much more attractive and beautiful than females and consequently more popular as pets. However, although aggressive – they do not like to be lonely and do not like boredom. As we have already mentioned, keeping two betta males will not be fun for anyone and will probably be short-lived.

Before you introduce them to each other, remember that you need a large aquarium and enough space to hide; it means plants and decoration. Also, it is important that the fish are compatible with the water conditions, that the temperature and composition correspond to all of them.

Betta fish are very wild; this means that they find it difficult to predict behavior and are often uncompromising. It has to be as it suits them. Perhaps the best advice is to not keep males and females, either as a couple or males with Betta sorority.

In addition to the fact that you will need a very, very large aquarium, you will have to constantly guard so that there is no conflict and that some of the fish are not injured. Many Bettas like to be alone in the aquarium. That corresponds to their territorial nature, so if you tried to find friends for your Betta pet, and it didn’t work out – know that it’s not up to you. Simply put, Betta fish are like that.