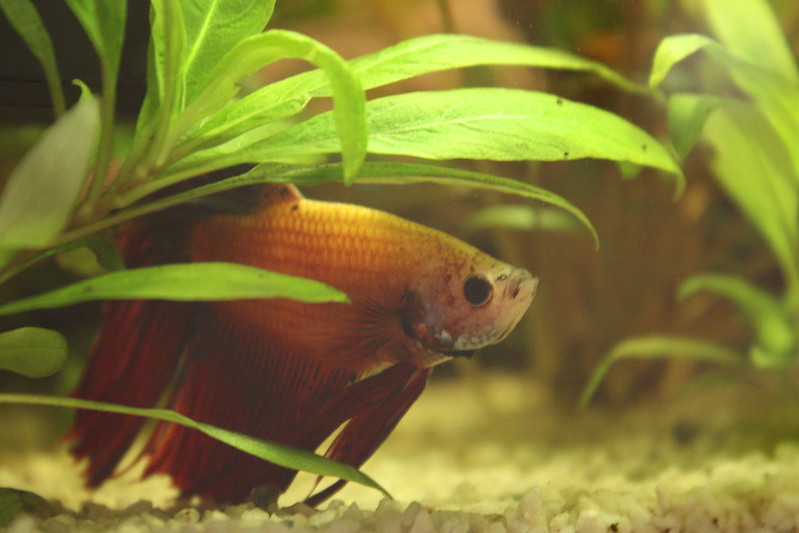 Thanks to marketing and raising awareness about the importance of pet life quality, the market for pet equipment is diverse. You can find literally everything for all pets; terrestrial, aquatic, and sometimes it seems like there is little too much of everything.

Owners often get confused about what is their pet really need, and what is a waste of money.

However, some pets are more specific than others, and to stay healthy and happy – they truly require special equipment. Such is Betta’s fish to some extent.

If you have ever had a Betta fish, you know they need precisely defined water parameters, a large enough aquarium and equipment such as a heater, thermostat, filter, plants, and decorations made of the softly processed material. Some experts also do recommend usage of the air pump, as a must-have aquarium accessory, but does Betta fish require an air pump?!

Read more about that below.

You probably also know that Betta fish are slightly (if not more) special than other fish species. Thanks to aggression and fighting spirit, they boosted their evolutionary development, so they have a so-called “labyrinth organ”.

Betta fish use that organ to take air from the surface of the water. This doesn’t mean that they can survive for a long time without water or an aquarium (don’t try that!), but that this organ is a reserve or some kind of natural “accessory”.

Whether they are in the wild or an aquarium – Betta fish need to take in oxygen from time to time, which, if found in a small amount of water – can help them survive.

When they breathe air through the labyrinth organ, it stays in the so-called lamellae, and using membranes, it is distributed along Betta’s body. In addition to serving as an “emergency exit,” the maze organ allows male Betta fish to make a nest of bubbles at the time of mating.

What Is The Purpose Of An Air Pump?

One of the most popular aquarium gadgets is an air pump. They serve to enrich the aquarium water with oxygen, which is necessary for the water purity and the health of fish creatures. However, although it is really good in certain situations – an air pump is not a necessary addition to the aquarium. For most fish species, including Betta fish, a proper filter is quite sufficient.

How Do Air Pumps Work?

It is very easy to make bubbles and, accordingly, air pumps (or bubblers) work on a simple principle. They consist of a bubbler and a pump. Most bubblers are made of specially treated stone or plastic that is suitable for aquariums.

It connects to an air pump, which draws oxygen. The bubbler then takes that oxygen and creates bubbles. The bubbles diffuse oxygen, which then enriches the water in the aquarium and makes it easier for the fish to breathe. More precisely, what promotes oxygenation is the water flow on the surface, which is caused by bubbles. So, when the water on the surface of the aquarium is “restless”, i.e. turbulent – then there is an exchange of gases between water and air. Water takes up oxygen and air takes over carbon dioxide. So, the more bubbles – the water will be richer in oxygen.

Is It Okay Not To Have An Air Pump In The Betta Fish Tank?

Yes, it is. If your Betta fish aquarium is equipped with a quality filter, heater, and thermostat – you essentially don’t need an air pump. The filter, in addition to purifying water – also creates bubbles, i.e. agitates the water.

That, as we have already explained, is quite enough for the oxygenation of the water. The filter is necessary for all types and sizes of aquariums, because it primarily cleans the water, but also contributes to the necessary oxygenation process. So you have to have a filter and not an air pump.

An air pump can be an excess of equipment in the aquarium, but it can also harm the Betta fish. Strong water currents can frighten Betta fish; contribute to stress and shock, which further leads to weakened immunity and disease.

It can also bother them while swimming and damage their fins. Stirring water with a lot of bubbles interferes with the creation of bubble nests during mating. Betta cannot relax and make bubbles on its own, and a strong current often destroys the nest. You can of course get an air pump that works gently, without disturbing the fish, but it essentially doesn’t contribute to the Betta fish.

When Is Ok To Have An Air Pump In The Betta Fish Tank?

Betta fish are one of the most sensitive fish species. They are vulnerable and stressfully experience any change in the environment. Although it sounds paradoxical concerning their strong evolutionary struggle and ability to survive any conditions – in an aquarium it is often the opposite.

Even when everything is ideal, for some reason Bette gets sick. It is in such situations – the air pump pays off the most. The recommendation is that when you notice symptoms of the disease on your Betta fish, transfer it to the hospital tank.

This is especially important if you keep several different fish species in the same aquarium. If Betta is ill, they will probably have to take certain medications that pollute t water and reduce the level of oxygen. In addition to the mandatory filter, an air pump would come in handy in such situations. Otherwise, due to the effects of medication and lack of oxygen – your Betta could suffocate.

In cases such as Swim Blader’s disease, Betta may swell so much that is unable to swim and take air from the surface. Then the air pump literally saves the fish’s life.

Buying an air pump can also be a precaution. You never know what might happen; your filter breaks down or the water gets too dirty, etc.

Remember, if the filter doesn’t work – the air pump will not purify your water, but it will enrich it with oxygen. Until you get a filter, you have to change the water every day.

In some cases, the water filter may be too weak to create enough bubbles or to oxygenate the water enough. This is also important because of the breakdown of ammonia, which is due to good bacteria. However, they also use oxygen. Therefore, either get a stronger and better filter or use both a filter and an air pump.

Aeration is the percentage of oxygen dispersed through water. So, if the oxygen in the aquarium is concentrated in only one area – then aeration is not good. Thus, even Betta fish will not always have access to the necessary amounts of oxygen. In that case, a water pump could help you and thus provide enough oxygen in all parts of the aquarium.

Bubbles are always fun; they are loved by people and children, so why not for Betta fish. Although an air pump is not necessary for the health and happiness of a Betta fish, it can be used as a decoration or a trigger for fun.

Healthy Betta fish are active, love to explore, and have something that will encourage them to be active. If you are an experienced Betta owner, you can even place an air pump in the aquarium only to animate and entertain Betta fish. You can turn it on from time to time and set it not to create a strong current, just enough to create a few bubbles and keep Betta’s attention. Just be careful not to overdo it and not to harm fish and the water condition.

An air pump is optional, but that doesn’t mean you should have one. It is cheap, and in many crises, it comes in handy. It can serve as a reserve and if you place it well – it will not harm the Betta fish.

However, always be careful; buy a quality filter that you will maintain regularly. To make sure that Betta and other fish have enough oxygen – put the appropriate plants in the aquarium. They will contribute to the natural process of oxygenation of the water.